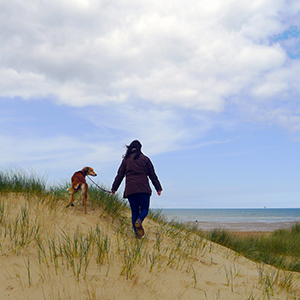 Matilda Audisio is a History of Art & Design graduate from MMU (2013) who is interested in contemporary visual culture and its various effects on society. She is preoccupied with the everyday, is often consumed by attention to detail and generally fascinated with the process of living itself, past and present. She is also interested in all things space, place, and non-place and all of the blurred trajectories laced in between.
During her BA Matilda focused mainly on the correlation between British Post-War suburban housing as a means of self-representation and the orchestrated creation of ‘the self’ through mass consumption and DIY within the home. In her spare time she’s an avid rider, illustrator and crafter who is always drawn back to the sea (especially the North-West coast’s desolate beaches) and generally captivated by anything that is as devastating as it is beautiful.