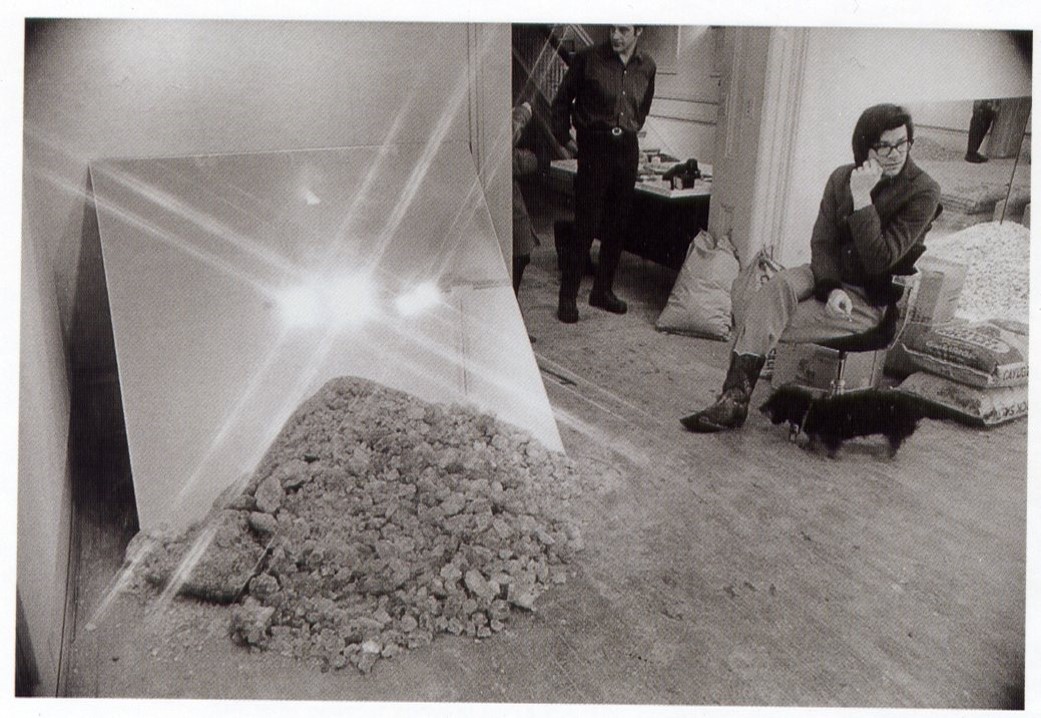 Jorella Andrews: Where is called Thinking?

In this seminar – the title of which plays with Heidegger’s classic 1951/52 lecture ‘What is Called Thinking?’ – we will consider practices of thinking, and hence learning, from an inter-corporeal perspective. More specifically, we will think about material structures and infrastructures, and specific situated material performances, that may be seen variously to gather or provoke or redirect thought, thus reconfiguring more conventional ideas we might have as to its nature, location and trajectories.

Our case-studies – which will hopefully also enable us to ask broad questions about how our own contemporary institutional contexts and processes of learning could be reimagined and remade – will include portions of Heidegger’s above-named text: his discussions of the withdrawal of that which must be thought, for instance, and of thought as ‘recollection’. We will also consider insights drawn from Gary Shapiro’s chapter ‘Uncanny Materiality’ (Earthwards: Robert Smithson and Art after Babel, 1995) in which he reflects on the methods and implications of Robert Smithson’s material thought and the questions he raises about the location of art. Visual case studies will range from Smithson’s Cayuga Salt Mine Project, exhibited at Cornell University, 1969, to documentation of students and faculty constructing the Studies Building, Black Mountain College in Fall 1940 to, further back in time, the intricacies and agencies of Saint Jerome’s desk in Antonello da Messina 1475 painting Saint Jerome in His Study (National Gallery, London).

Jorella Andrews is a senior lecturer in the department of Visual Cultures, Goldsmiths, University of London. Her academic work focuses on the relations between philosophical inquiry, the image-world, and art practice, with a particular emphasis on phenomenology (notably the work of Maurice Merleau-Ponty). She is also engaged with current debates in the area of material culture. Relevant publications include the essay ‘Critical Materialities’ (2006) and the books Visual Cultures as Objects and Affects (2013) with Simon O’Sullivan and Showing Off! A Philosophy of Image (2014).