Initial Thesis Abstract: City From Above The Clouds | History and Critical Thinking MA 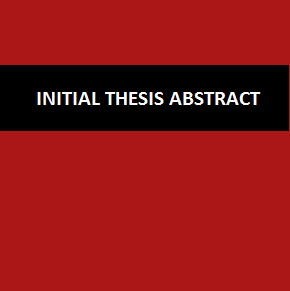