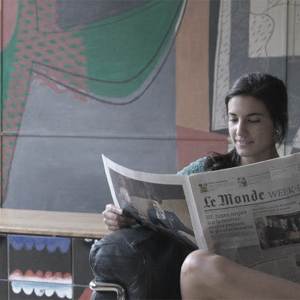 María José Orihuela. Architect. MA History & Critical Thinking at AA School of Architecture. Lived in Shanghai, Paris, Rotterdam, Bilbao and currently in London. Born in Pamplona, Spain. Since her third year of studies, she was invited to join the Design Department and became involved in teaching. The cliché proved true and she learnt much more than what she was able to teach. María accompanied the Museum of her University during its first year of life; since then, she became interested in how museums of art can be the place where to establish a dialogue between disciplines. Her research interests also include an inquiry into the tools that ease the process of design, relating it to the ever lasting controversy on the role of history. She enjoys pretending to read Le Monde in the Swiss Pavillion at the Cité Universitaire de Paris.