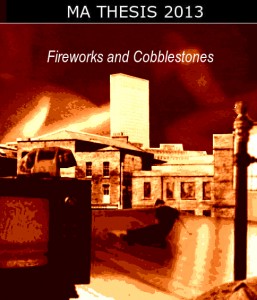 “The text you are about to read addresses the architecture of dance culture. The architecture of dance culture is a polyhedral phenomenon that, by its nature, escapes a synthetic definition. The following text will not provide you with an analysis of a historical case in order to extract a conclusion. It is not going to interpose a specific lens through which to look back at it; but it will just add another layer of information to the existent facts. The architecture of dance culture has been constructed from the amplitude of sensual experience rather than from the concreteness of ideas; it can hardly be reduced to a verbal description and in consequence, it cannot be directly defined. Henceforth, multiple interconnected narratives will relate the material expressions of dance culture with the cultural context(s) in which it developed. The aim is not to define it but to expand its reality. It is not the intention of the text to conceal it in a closed historical episode, but to open the door again to the problems it carried. It was a phenomenon forged in popular culture, which could be said never existed in a pure form, but rather was manifested in numerous impure declensions. Its multiple expressions give an account of its magnitude; its importance, though, cannot be measured as far as “importance” as a concept implies a logocentric discourse of which dance culture architecture does not participate.”

For full thesis, see link below