Behind the Zoo: Through the Looking Glass

Being put on display, expected to perform, presented as a collective, while ignoring the forced segregation and the invisible barriers, brings us to an interesting question.  What is captivity? 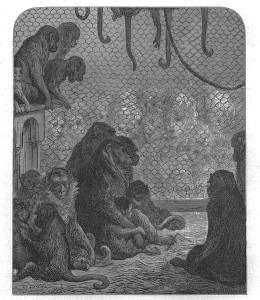 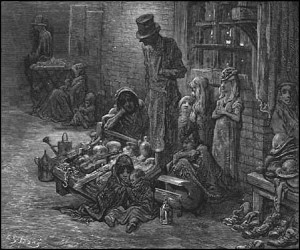 What makes an object worth collecting? Curiosity is an important aspect of collecting. With the spread of colonies, there was an affinity to discover the unknown, or rather, the different. The nineteenth century paved the way for many sponsored expeditions, looking for curios. Found object; vases, pots and pans, tools of everyday use, gained an importance, as curios. Nature has captivated the human cognizance since man first acquired tools, it would only be natural for the curiosity to extend to the subject of new flora and fauna. By means of collecting it is possible to establish a personal identity or characterize the other and often identifying this other as a conquest. This idea of conquest can be analyzed in the manner in which collection is presented, making presenting as important an aspect as the collection itself.

Presentation of a collection in a public forum goes beyond presenting taste, it also becomes a tool to showcase the ‘new’. Any exhibition must have a sense of completeness or at the very least abundance. The nature of the presentation is often not a permanent feature. Initially the Cabinets of Curiosities, which was an established typology, sufficed. However, with growing knowledge came a better understanding of habitat. This knowledge also encourages a shift in the collection itself. With understanding what to reveal, and the quantity to be exhibited the artifacts, a new question emerges. What would be the best way to display the constant influx of new arrivals? Establishing a typology of collecting ultimately leads to the displaying of these artifacts, as we view them now.

Is a presentation of a collection that different from a display of a collection? Once you display an artifact, it can no longer be part of a collection. The display now projects on the object, a different set of characteristics. The Cabinet of Curiosities was a congregation objects, from different, not necessarily connected sources. But by placed on display, the artifacts gain an identity outside the collector. However, this identity is a façade, one which is carefully crafted. While the public animal fights in the menageries were staged, they still lacked the show of a display. Every habitat, provided for the animals is done so in a manner to mislead both the viewer and the displayed animal. The viewer is meant to accept that what being presented is natural, not just in terms of the environment but behaviour as well.

To read the complete text:

Behind the Zoo – Devanshi Shah

Devanshi spent most for her childhood lost in worlds built in science fiction, fantasy and graphic novels. After seven years of being confronted with reality, five while studying and two while practicing Architecture, in the city of Mumbai, she chose to escape once again into textually built realities. With this voyage she hopes to be able to merge the worlds she is a part of, while persisting in her extensive use of social media as a means of expression.
View all posts by Devanshi →
This entry was posted in 2012 and tagged 2014. Bookmark the permalink.