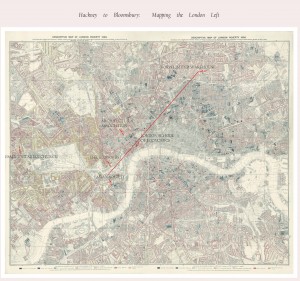 The People of the Community of Hackney wish to propose vast amendments to the appeal for redevelopment of the Boris Limited Warehouse standing at 87-95 Hertford Road, N1 5AG. What is slated by the developer, Serdnol Properties SA, is quoted as “1,858 square meters of commercial space and nine new build terraced houses”, offering a sea of sameness to the area. Hackney is often described as an up-and-coming neighborhood. Rather, it is in a constant state of flux, and the building in question deserves to be a practical part of its current transition. As the facade stands, a boarded up boundary, somewhat dilapidated with rotting wood and rusted sign, one could imagine a city of squatters, as in the old New York tenements or East London slums, or more historically accurate, the tenants of the adjacent workhouse or personnel of this warehouse. This building has watched with its countenance the transformation of Hackney and the story of the politics of labour through central London which laid the foundation for its construction as an integral part not only of London’s history but of the lineage of western socialism. Boris Limited is not an icon, no great architect conceived its structure, no famous author resided there, and no great political movement hatched from an embryo within its walls. But what it stands for, the historic web which emanates from it and what its face has subsequently witnessed is the narrative of the development of socialism and modernity in the post-Eurocentric city. The people of the community of Hackney propose that 87-95 Hertford Road is worth saving… continue reading

Posted on February 6, 2014 by Lindsey Stamps 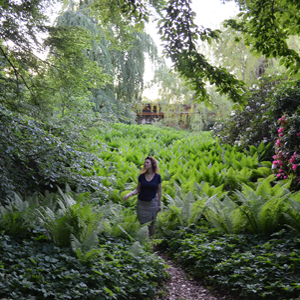 Lindsey Stamps is a Master Student in the History and Critical Thinking programme at the Architectural Association. She has lived, studied, and worked in fashion, architecture, and design in London, Denmark, and the United States. She enjoys long walks on the beach, cooking for friends, and describing situations in triplicate. Lindsey thrives in the summer sunshine, but settles for the decadence of Bailey’s and baklava to counter the dreary London weather. Her favorite past-times include playing hide-and-go-seek, cuddling with her cat Maleficent, and writing creatively.