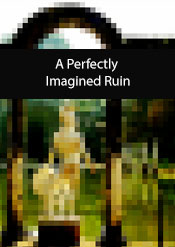 “I knew that good like bad, becomes a routine, that the temporary tends to endure, that what is external permeates to the inside, and that the mask, given time, comes to be the face itself.” [1]

When Marguerite Yourcenar wrote the above in 1951 she was referencing the personal struggle of a man who eventually becomes the tyrant he was only pretending to be. Though specific in its imagining, this quote recalls another from Fredrich Nietzsche “Talking much about oneself can also be a means to conceal oneself.”[2] Between these two reflections we can begin to identify a theme: the modern dilemma of labeling. As technology becomes faster, better, more malleable, as influence becomes vast, exotic, tenuous, it seems that to make a mark, to be remembered, requires a fantastic amount of self-assurance. Doubt is for dreams, regret is for memoirs and in the introduction at least, there can be no room for confusion: this is me. That self-assertion is as much about defining what you are as much as what you are not, often resulting in a simplistic Ego that may not fit the intent. To become an icon, the modern author must assume whatever they pretend to be and Architects, as part of the authorial community, are not excused. Within the twentieth century in particular, the labeling of architects became the most vastly altered element of the field. In 1900 Architects could be seen as a more aristocratic version of a builder/mason, yet by 2000 the profession had morphed into something more like a director/maestro with construction acting as performance, personality as paramount. It might be argued that this change was merely a reaction to an evolving society, but client need is a variation on a theme and rarely alters the internal politics. How Architecture views itself is an in-house choice and while the labels architects of the twentieth century choose rarely derived from purely architectural concepts (instead fusing from sociological or philosophical works), the affect is the same. The two most prominent examples of these self-applied labels within the past century are the Modernist “Architect/Engineer” and the Post-Modern “Bricoleur”. The Architect/Engineers present themselves as the social savior, selling a clear, focused and hygienic utopia. Meanwhile the Bricoleurs market a more complicated world, something slightly darker. Whether the self-assessment and therefore the label, is an accurate understanding of their objectives can be tested via a simple case study: how each group views the pre-existing. One ancient site in particular seems to be as philosophically challenging to labels as its designer (the subject of Yourcenar’s novel) was: The Villa Adriana.

The Villa Adriana is an outlier of architectural history, not only as a collection of structures in a site but also for the vastly different ways it can be interpreted. Depending on the author, the Villa could be cast as the experimental workshop of a genius or the grotesque fantasy of a despot, an idyllic center for learning, or a junk pile of hedonism. UNESCO World Heritage describes the site as: “Many structures… arranged without any overall plan”.[3] It appears in The Classical Tradition as “a paradigm in what might be considered the landscape of allusion”[4] while Baedeker’s Guide to Italy takes a much more neutral assessment, describing it simply as an “Imperial summer residence[5]”. Yet it is the Villa’s ability to inspire ambivalence which makes it exceptional, a quality not lost on the architects who reference it. If we use the Villa Adriana as a case study example of the changing role of the architect (especially the labels of Architect/Engineer and Bricoleur) then two prominent figures are self-evident, Le Corbusier and Colin Rowe. Both writers use the Villa Adriana as a paradigm of excellence in architecture and planning (via Vers Une Architecture and Collision City and the Politics of Bricolage respectively). However, that is where the similarities stop. Le Corbusier, looking for a traceable lineage to justify his work, alluded to the Villa as a prime example of moral, geometric and rational planning. While Rowe, aiming to contradict and reinterpret the former’s manifesto, saw it as the fusion of fragmented objects with competing agendas. By looking at how these two authors use the Villa Adriana to construct their arguments, it becomes easier to understand the change in self identification; the context that produced the labels and media representation that they chose to depict their findings.